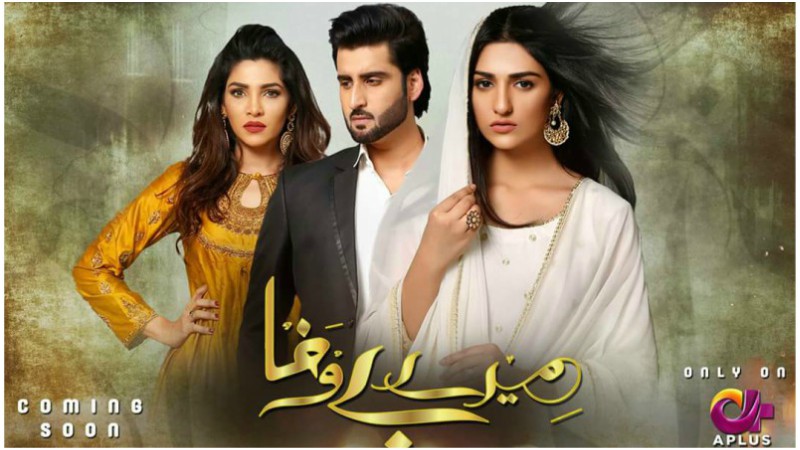 It’s always interesting to see real-life couples facing each other in front of the camera as they ablaze the screen with their amazing chemistry and emotions come out so naturally that the viewers automatically gets pulled towards them. We recently got a glimpse of it in the teaser of A-Plus upcoming drama serial Mere Bewafa, where the real-life couple, Aagha Ali and Sarah Khan, has been presented as on-screen husband and wife.

We recently got in touch with Aagha Ali, who revealed that it is high on emotions drama serial and features a story that may appear relevant to many couples out there.

“The story is basically about how our society, especially parents (with an old school-thought) pressurizes their children to get married and have a baby but they don’t realize that in following the monotonous lifestyle, the love somehow fades away from the couple’s life,” the actor said.

About his role in the drama, the actor revealed, “I’m famous for playing negative roles and in one of my recent drama serials, Bedardi Saiyaan, I have played a spoiled aggressive and greedy husband but here in Mere Bewafa my role is in total contrast to it. I am playing a very sensitive and emotional person,” he said.

About working with his real-life partner, the actor said: “For all the “Saragha” fans it’s surely a treat as we have given one of the dramatic performances of our career in it,” he added.

Produced by Sadia Jabbar Productions, the drama serial has been written by Zanjabeel Asim and directed by Sakina Samoo. It also stars Zhalay Sarhadi and Shagfta Ejaz in the pivotal roles.

Aagha Ali has also sung the OST of the serial along with Aima Baig.  The drama has been shot in Karachi and it is expected to air on A-Plus soon.