Miss DramaticSpice up your life with showbiz tadka.
Home Interview Iram Parveen: everyone wants to be an item girl
Interview

Iram Parveen: everyone wants to be an item girl 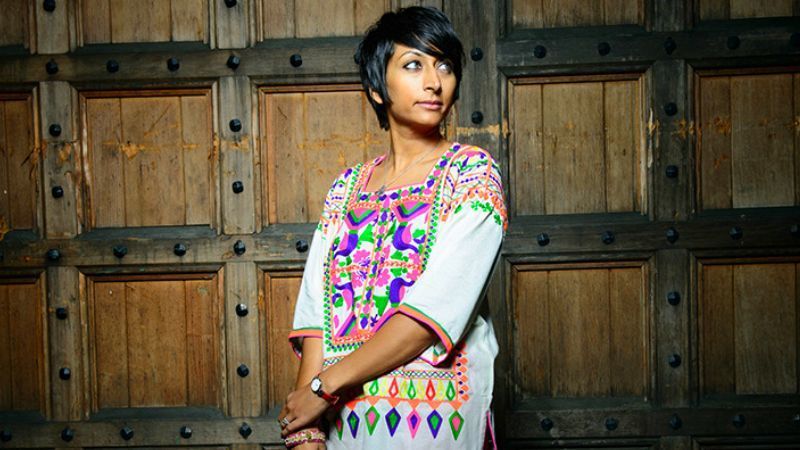 Internationally acclaimed film maker Iram Parveen Bilal’s dark passionate eyes light up as she talks about her latest project Qalambaaz, a screen writing lab and an attempt to get the focus of film making back to the story.

“We need to understand that a hit movie always begins on the page,” she explains, eagerly. “You can’t just cut and paste things and make a hit film.”

Bilal ,who made her directorial debut with Josh is the founder of Qalambaaz a first of it’s kind six month screenplay lab in Pakistan that will help train five aspiring film writers to hone their skills by pairing them with five mentors from the Pakistani, Indian and American film industries.

Dressed in a bright Ego kurta with a smattering of silver rings on her fingers Bilal’s diminutive figure and pixie hair cut is the picture perfect image of an avant garde film maker. Despite her success, her smile remains warm, generous and uninhibited.

Her first film Josh, starring Mohib Mirza and Aamina Sheikh, was the story of Fatima who goes on a personal journey to find her childhood nanny.

“I believe in storytelling and not just masala so if I have a good idea I will make a film on it rather than thinking about its commercial value.” she says.

Bilal says it is a depressing reality that in our film industry screen writing is not respected.

She feels Bollywood masala movies have had a detrimental influence on Pakistan’s industry. This masala mentality has limited our film makers to a particular kind of cinema. Even actors are hesitant to experiment with characters and women specifically have been relegated to glamorous sex-symbol roles, Bilal explains.

“As a director I want to portray a woman in a certain way and offer them meaty roles but in our country it’s the obsession with masala item numbers that are lot of actresses prefer item-girl-ish type roles over the characters ones,” she says.

The young director doesn’t want women to be portrayed merely as sex symbols in movies but as independent intelligent human beings who also happen to be sexy.

“I don’t see a film actress as a heroine who is waiting for the hero to save her – for me it is also important to show woman as a strong, independent, self critical and analytic person.”

Coming back to serious business of film making, Bilal says that it is defining time for our industry so it is important to make films on worthy subjects rather than focusing on only commercial aspects.

Bilal has a couple of feature films in the pipeline which are in final stages of scripting and she will make an announcement about them later this year. She is currently in negotiations with a local channel for the television premier of her 14-minute long short film Dho Dhala starring Mehwish Hayat. The short film has already hit the international film festival circuit.

A science graduate, Bilal discovered her love for film making during a summer course at an international film institute in England which later turned into her passion.

“I have always had a fascination for movies and still don’t know whether I am good at making them or not. It was only at the Josh premier in Mumbai last year when my father told me that my grandpa eloped from home at the age of 16 to be an actor in Mumbai – so I now know that it actually runs in my blood,” Bilal says with a glowing smile.

What about the rumor that King Khan is going to be the lead in Bilal’s next directorial project?

“That is just a rumor. But he knows of me and my projects, so let’s see what happens. We have yet to see if our stars are aligned,” she says with yet another grin.